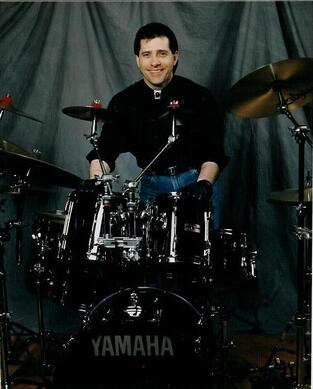 , He picked up his first pair of sticks at the age of 2. He began playing drums professionally at the age of 12; at 14 he was working four nights a week in clubs. At 16 he broke the world’s record for longest drum solo.

Starting in the 1960s with B. E. Taylor in a band called “The Redcoats,” Sonny began to hone his performance skills. As he matured as an artist, he understood the concept of filling space. “Being a drummer is like painting a picture. But instead of colors and shapes, you use rhythms,” he said.

Those rhythms were heard throughout the United States and Canada as he worked with such greats as steel guitarist Buddy Emmons, screenwriter Earl Mac Rauch, and artists/groups such as the Coasters, the Skyliners, Bob Wills, Jr., the Friends of Distinction, Dion & the Belmonts, the Four Tops, Jan & Dean, Bo Diddley, Peter Noone (Herman's Hermits), and many others. His years in Los Angeles studios and on L.A. stages included playing with the band “Elvis Montana,” a top country/western rock band in the 1980s.

Here at home, he worked with musical artists such as Kenny Blake, Etta Cox, Al Dowe, Tony Janflone Jr., Billy Price, Shari Richards, and Sputzy and The Soul Providers, as well as many other regional musicians. One of his favorite gigs was playing for school kids in the Pittsburgh Gateway to the Arts school assembly program, which he did for over ten years with Etta Cox.

One of the high points of his career came in 1992 when legendary jazz drummer Louis Bellson endorsed Sonny’s method textbook, with Bellson asserting that he practiced with the book while he was on the road. Bellson further noted that Sonny’s “Slick Licks” text got “right to the core of what a drummer needs to know.”

It was during this same time period that he also became known as the “Upper St. Clair drummer” in his successful push to get a home occupation ordinance zoning law passed in that community, where he made his home with his two stepsons, two dogs, his HO model trains, and his wife Annie.

Twelve years later, and after a six-year illness, he would finally succumb to colon cancer. During his last days, like all who face their end, he wondered what his legacy might be. It would prove to be his sons and his music, as he would have wished.
Powered by